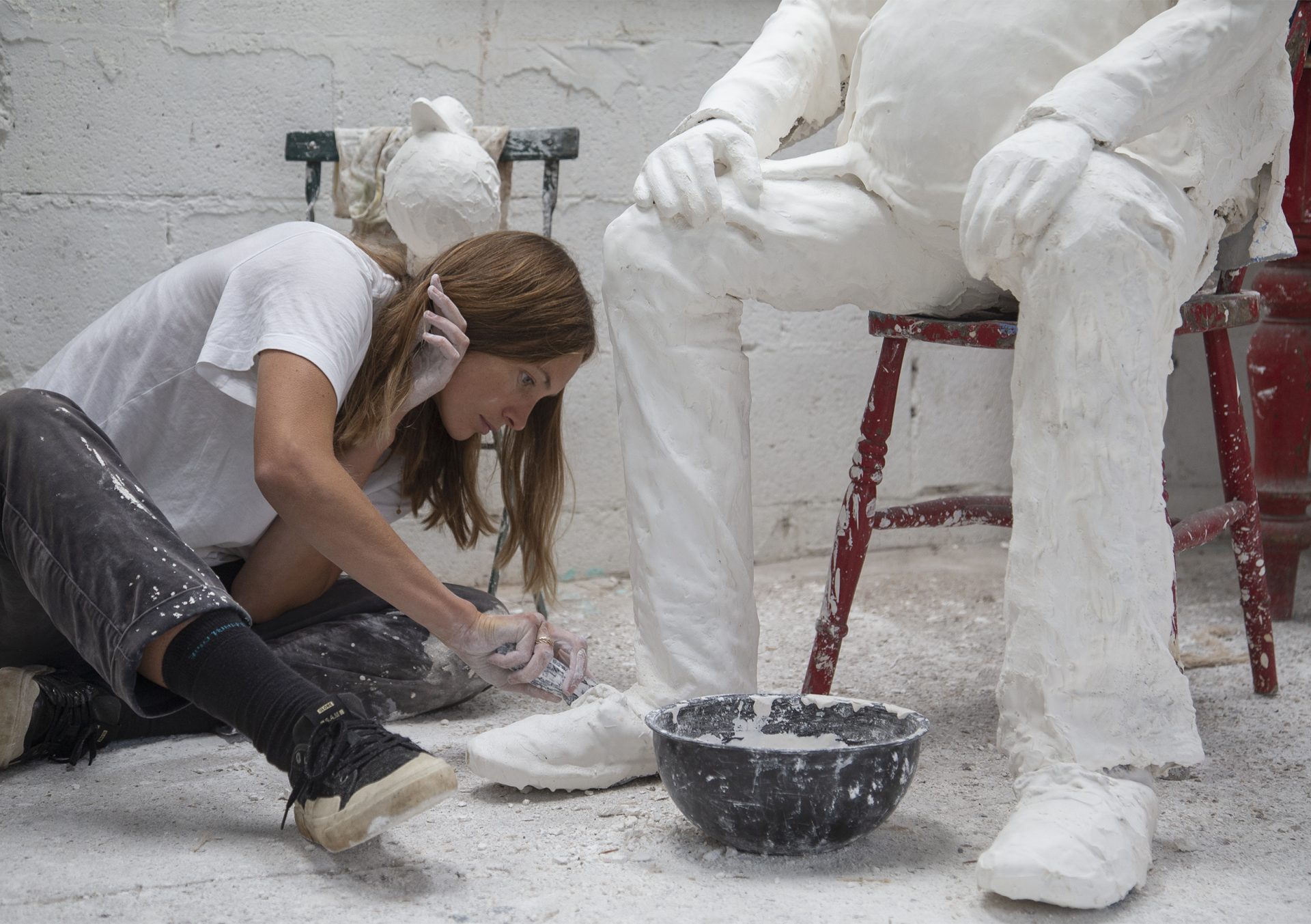 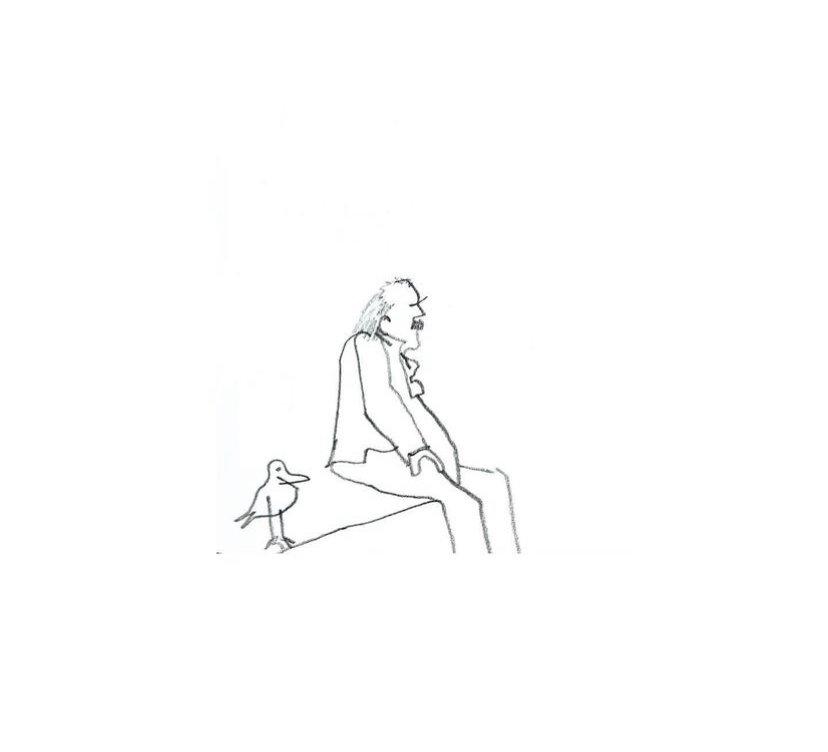 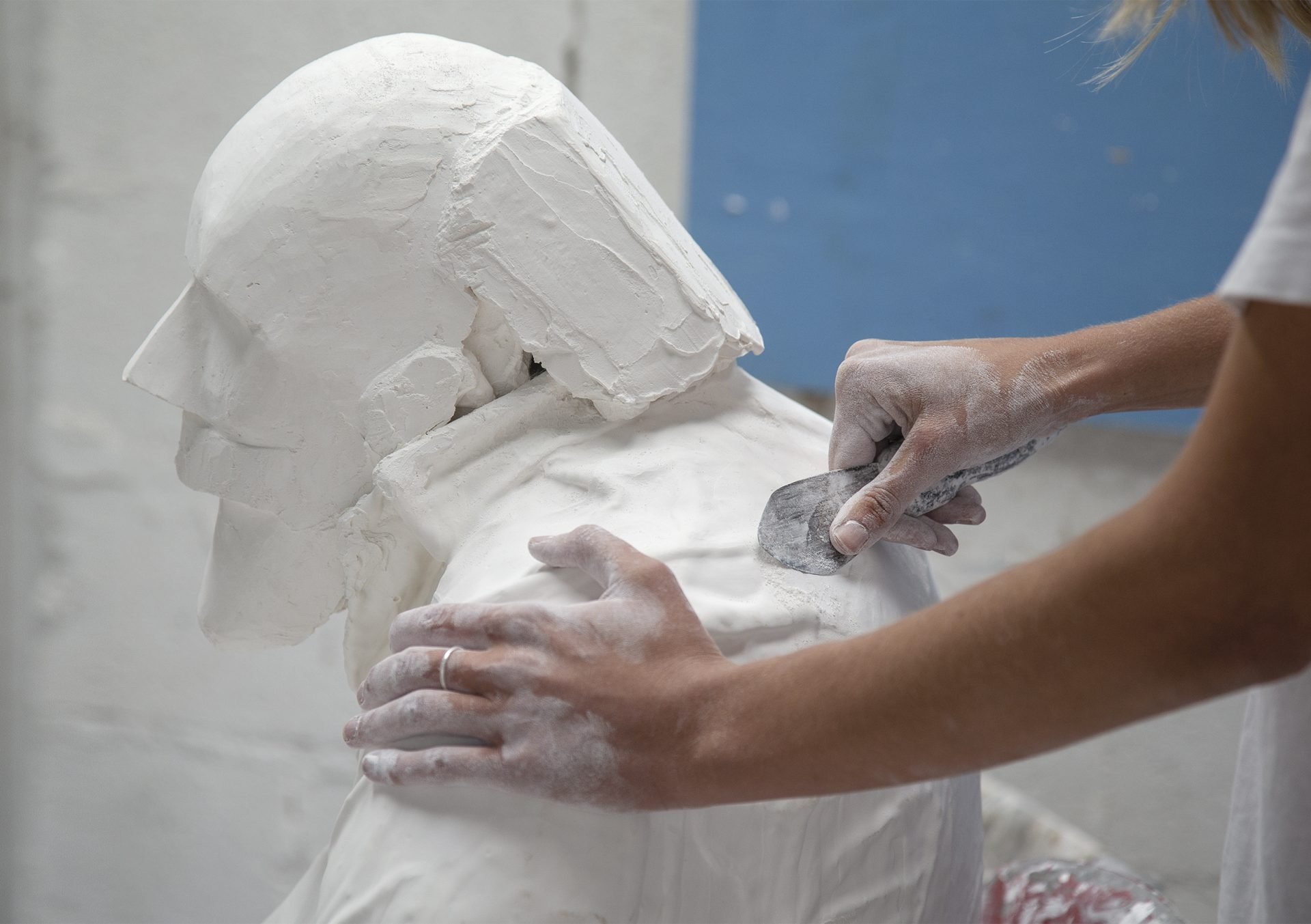 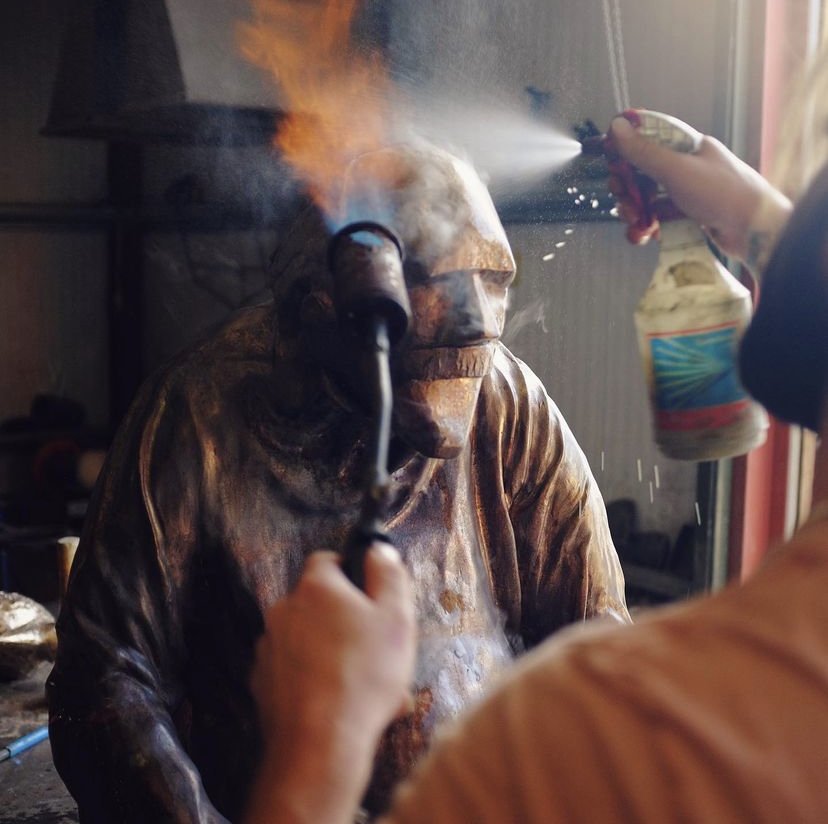 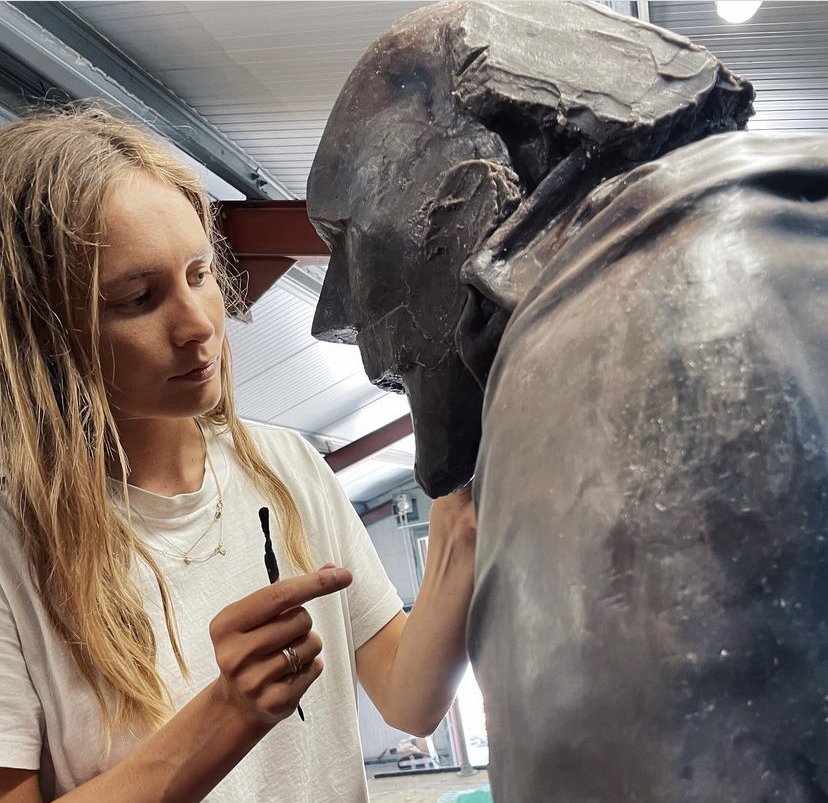 Holly Bendall’s life size bronze sculpture of a man and a bird, officially entitled ‘Waiting for Fish’ but already popularly known as Dave & Bird, will be officially unveiled by Hugh Fearnley-Whittingstall at 6.30pm on Friday 23rd September, 2022.

The award-winning broadcaster, chef, journalist and uncompromising campaigner on food and environmental issues has recently been supporting Greenpeace in its campaign against destructive fishing practices, so the message behind Holly’s sculpture of the importance of small-boat fishing in Cornwall is close to is heart.

The original idea for the sculpture came to Holly when she was sketching in Cadgwith, watching a man and a seagull sitting on a bench looking out to sea and waiting for the fishermen to come in with their catch.

In creating this art work Holly seeks to highlight the key role of small boat fishing in Cornwall seaside communities and question where our fish comes from and how it is caught, raising awareness of the impact of over-fishing on our communities and marine life.

Hugh Fearnley-Whittingstall will be unveiling Dave & Bird in their new position atop an old WWII Pill Box on Porthleven’s picturesque, but still working, harbourside.

Trevor Osborne (owner of the Porthleven Harbour and Dock Company, Osborne Charitable Trust and a founding director of Porthleven Arts Community) has given permission for Dave & Bird to be installed on Porthleven harbourside as a permanent, free and accessible public sculpture for the local community and visitors.

Dave & Bird have been moulded and cast in bronze using the traditional lost wax process.  The £20k plus needed to create him, and a limited edition of smaller versions, was raised by 80 supporters in just 28 days via a Crowdfunder organised by Porthleven Arts Community in May 2022.