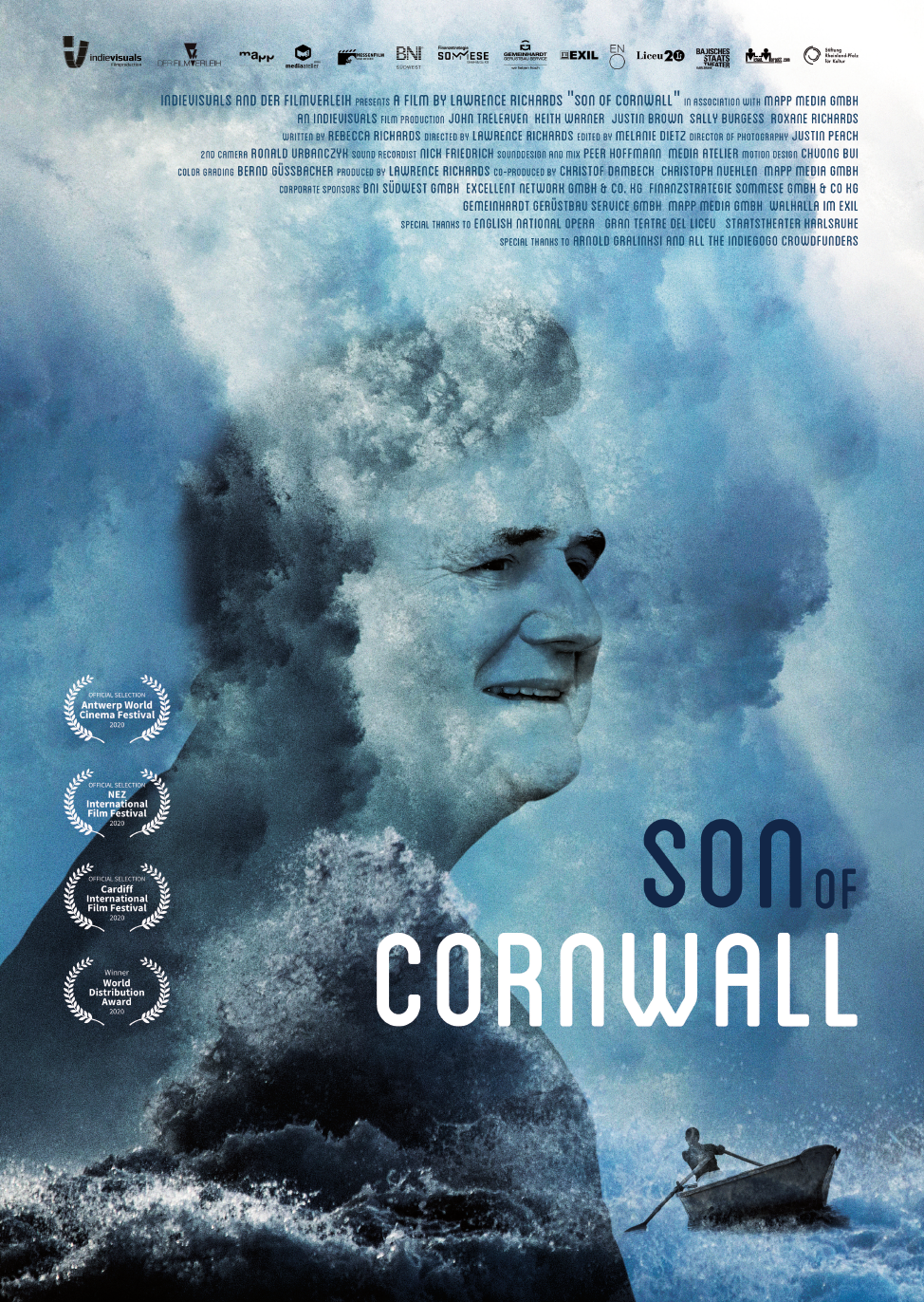 Son of Cornwall is a biopic about the life and career of Porthleven-born opera star John Treleaven. His son takes him on a personal and emotional journey down memory lane, exploring what drives him as an artist. The film tells of success and sacrifice and the cost of living your dream. As the son of a fisherman, young Johnny Richards lives in a small village in Cornwall (Porthleven). So far, he has only been able to demonstrate his singing talent in the church choir. But when famous concert pianist Marjory Fogg by chance heard him sing, while he was bathing in the local harbour, she immediately recognized his potential. John’s voice turns out to be a way out of the sleepy town of Porthleven and becomes a springboard for an international career. Johnny Richards turns into the tenor John Treleaven. But when the curtain falls, the opera star becomes a private man and family man, who despite all his successes has not always been able to cope with the pressure to perform in the industry. In spring 2018, John and his son Lawrence set off on a concert tour to their home in southern England. They enjoy the time together that the son was often denied in the past. The road trip becomes the basis of a biographical portrait. In conversations and interviews, the two do not always take a pleasant look at the past between career and family life. The documentary illuminates what drives and moves John as an artist and as a person. Son of Cornwall is peppered with material from Treleaven’s major appearances and interviews with long-time companions. The film tells of the rise of exceptional talent and the cost of fulfilling your dream.