The Urban Playground Team – On the Strandline 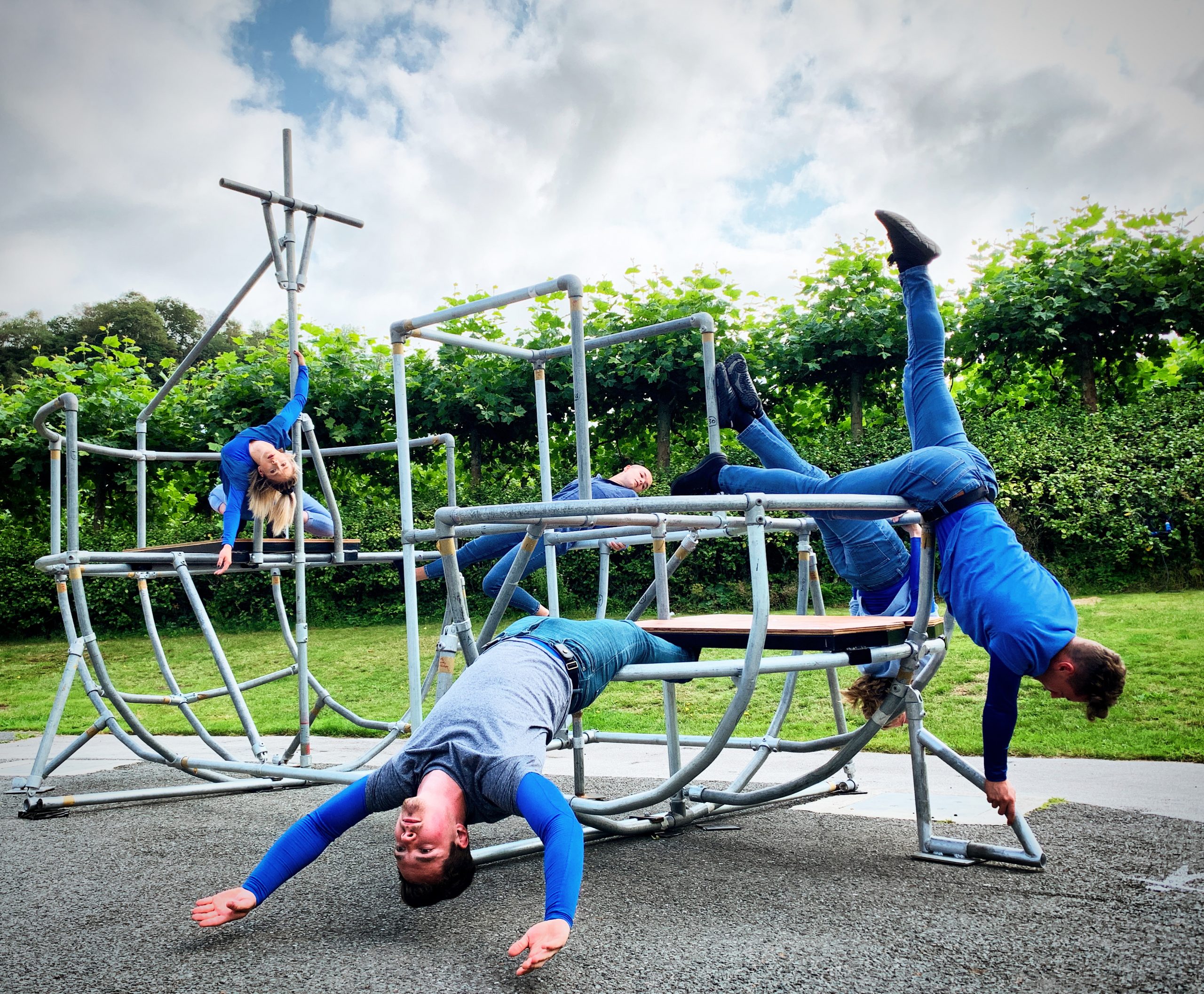 Almost as old as the oldest civilisation is the myth of the flood. The story of a few who survive the waters through Devine intervention, and the help of a boat… but the flood we face is not a myth, and we have no one to save us but ourselves…

Takes place at 2pm and 5pm on October 2nd. This is a change from the time and date advertised in the original programme.

Commissioned by the Time & Tide Bell organisation, The Urban Playground Team bring their distinctive performance-parkour language together with a vessel made of scaffold and a story told by a child to ask, in the face of rising sea levels, how we avoid having to choose who gets on the boat?

On the Strandline is performed by the Emergent Ensemble – a group of five early career performers brought together in the time of Covid to survive the industry lockdown.

Prodigal UPG is a Community Interest Company based in Par, Cornwall, comprising two performance ensembles; Prodigal Theatre and Urban Playground. Multiple Award Winning physical theatre & performance-parkour, taking audiences from intimate in-the-round storytelling through site specific reworkings of classic texts and out on to the street for the wordless drama of dance at speed and height.