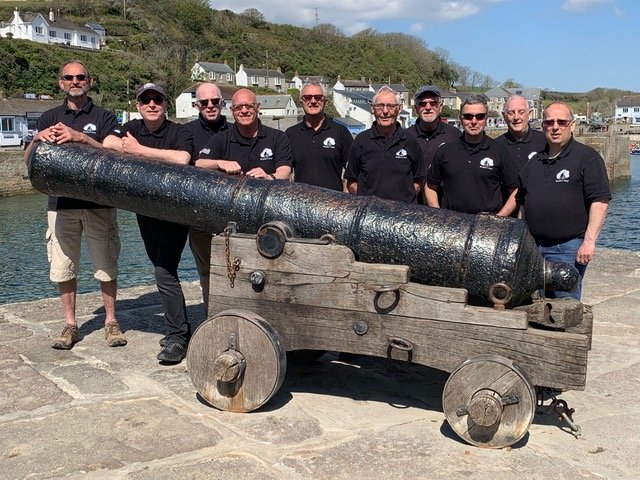 Bryher’s Boys was formed back in 2017 when the Tenor and Bass sections of several West Cornwall choirs were press ganged to form a new crew especially designed to navigate the choppy waters of Sea Shanty singing. Named after Bandleader Trevor Brookes’s youngest daughter, Bryher, the Boys do not hail from the Scillies themselves, but are all based locally. Although spread out from Newlyn to Truro, two members – John Cook and Brian Lawton – live in Porthleven itself.

The Boys have performed there many times, but Trevor thinks it will be a little bit different on this occasion. “We’re delighted to be asked to play in the very first Porthleven Arts Festival. Singing here always feels like a home game, but the venue and the fact that Lockdown has meant there’s been no public singing performances for over a year will, I’m sure, make the evening particularly special. We’ll look forward to seeing many familiar faces!”